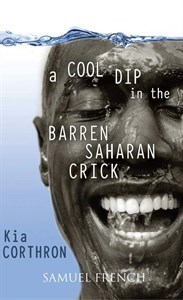 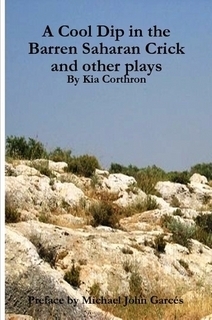 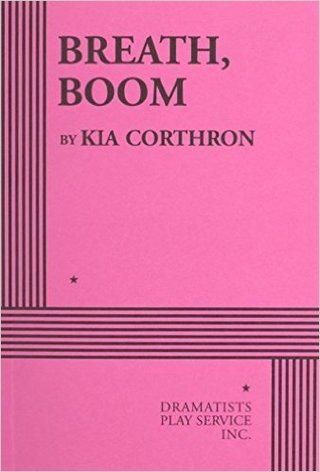 Kia Corthron is the author of numerous plays, which have been produced in New York, across the U.S., and internationally. Awards for her body of work for the stage include the Windham Campbell Prize for Drama, the Horton Foote Prize, the Flora Roberts Award, the United States Artists Jane Addams Fellowship, the Otto Award for Political Theatre, the Simon Great Plains Playwright Award, and the Lee Reynolds Award.

In 2022, her commissioned play Tempestuous Elements will be produced by D.C.'s Arena Stage.

BREATH, BOOM
Prix, the leader of a violent girls' gang, makes booms on the street and loves booms in the sky: fireworks. But her destructive workaday world is gradually turned upside down by actions of her mother and of her "sisters," and by confronting the consequences of her past. Commissioned by and world premiere at the Royal Court Theatre, London. New York premiere at Playwrights Horizons.

CAGE RHYTHM
Relationship between two women in prison finding tenderness, love, and occasionally a mystical way out. Originally developed through a Long Wharf Theatre public workshop. Co-production by Sightlines Theatre and The Point in the Bronx.

COME DOWN BURNING
In the Appalachians, a disabled woman who moves around on a cart and her emotionally paralyzed sister struggle against poverty, prejudice, and unwanted pregnancy. Workshopped through the Long Wharf Theatre. World premiere at American Place Theatre.

A COOL DIP IN THE BARREN SAHARAN CRICK
Abebe, a young Ethiopian man whose village was submerged with the building of a dam, has come to live with an African-American family in a small Maryland town, gradually coming to see how his host family still live with their own death-by-water ghosts. Commissioned by and world premiere at Playwrights Horizons as a co-production with The Play Company and the Culture Project. Masterwork Production Award.

DIGGING ELEVEN
Ness, a twelve-year-old girl in a rural town, navigates the changes in her life: local tensions regarding the possibility of a strike at the factory that employs her older brother and family provider; the love developing between that brother and a male, married co-worker; and her grandmother slipping increasingly away from lucidity. World premiere at Hartford Stage Company.

Between acting as guardian to her fifth-grade brother and losing her BFF to the charter school on the upper floor, Tree is just trying her best to navigate senior year and collect that diploma. But when unforeseen monumental circumstances wreck her plans, she is forced to find answers well beyond the confines of any standardized test. Can the efforts of an embittered teacher help her find her path? Workshopped through Keen Company,

FORCE CONTINUUM
An African-American police officer struggles with the contradictions of his race and profession while confronting the black community he is bound to protect. Commissioned by and world premiere at Atlantic Theater Company.

LIFE BY ASPHYXIATION
After thirty years on death row, Jojo has company: Nat Turner in the next-door cell. Jojo's execution date is approaching, and he bides these last days chatting with his best-friend prison guard and with the ghost of his ever-present victim. World premiere in one-act form at Playwrights Horizons. One-act read at Joe's Pub as part of the Public Theater's Public Forum. Full-length version developed at Crossroads Theatre Company's Genesis Festival.

LIGHT RAISE THE ROOF
Cole, a homeless man and self-taught architect and builder, is commissioned by other homeless to design and construct houses out of scraps around New York City. The set is a key character. World premiere at New York Theatre Workshop.

MEGASTASIS
Nineteen-year-old Tray loves his grandfather and loves caring for his infant daughter. But in the War on Drugs, a joint at a party becomes a major military provocation, and Tray unwittingly falls into a black hole of bewilderment, rearranging his plans and his life. World premiere at Chicago's Eclipse Theatre.

MOOT THE MESSENGER
A young journalist and her soldier brother wind up, separately, in Iraq. Their Vietnam grandfather compares notes with the younger generation, and Abu Ghraib hits very close to home. Commissioned by and world premiere at Actors Theatre of Louisville's Humana Festival.

POOR LA PATRIE
A librarian and her agoraphobic father, a former Panther and victim of COINTELPRO government surveillance, suffer too much of a déjà vu when they and those closest to them are targeted during the early days of the PATRIOT Act. Commissioned under the auspices of a McKnight National Residency administered through the Playwrights Center. Workshopped at the Playwrights Center, the Goodman Theatre's New Stages Series, Two River Theatre Company, and the Working Theatre.

Two women—one African-American, one Jewish white—who are old friends meet on a park bench. As they discuss weddings, school plays, and Israel/Palestine, the limits of empathy are tested. Downloadable for free readings and productions at breakthewallproject.org.

SAM'S COMING
Beedee has worked at her small-town big department store for eighteen years and loves it, or thinks she does. But the utopia slowly begins to disintegrate, and even visitations from Sam Walton cannot prevent the crash. Commissioned by Playwrights Horizons, workshopped by the Goodman Theatre's New Stages Series and Labyrinth Theater Company.

SEEKING THE GENESIS
A young urban mother overwhelmed by her first-grade son's hyperactivity and by her struggle to keep from losing her teenage son to the streets is pressured, in both cases, to address the situation pharmaceutically. Commissioned by and world premiere at the Goodman Theatre. Subsequent production at Manhattan Theatre Club.

SLIDE GLIDE THE SLIPPERY SLOPE
Now in their mid-thirties, a farm twin and a city twin come to meet for the first time since infanthood. How is family defined? What is the "perfect" child? The talking sheep explains all. Commissioned through the Mark Taper Forum's Fadiman Award. World premiered at Actors Theatre of Louisville's Humana Festival with a subsequent production at the Taper.

SLINGSHOT
Malik suffers a terrible accident, the result of a negligent manufacturing defect. In a nation where lawsuits have been equated with greed, how can Malik's father Gid attain compensation, and justice? Workshopped by Victory Gardens Theatre and Rattlestick Playwrights Theater.

SNAPSHOT SILHOUETTE
Two twelve-year-old girls, an African American and a Somali immigrant, are suddenly living together and struggling through tween competitiveness and personal loss. Commissioned by and world premiere at Minneapolis' Children's Theatre Company.

SPLASH HATCH ON THE E GOING DOWN
Thyme, a fifteen-year-old Harlem girl, is an excellent student and hyper-aware of environmental issues, including in her own neighborhood. She is also married and pregnant. Her 18-year-old husband Erry is awkward and sincere and, mysteriously, increasingly ill. World premiere at New York Stage and Film. Co-production by Baltimore's Center Stage and Yale Repertory Company and production at London's Donmar Warehouse.

TAP THE LEOPARD
A three-act representation of the historical African-American colonization of Liberia, from slavery in the U.S. through immigration and appropriation to 21st Century civil war and life in Africa on an American-created modern plantation. Inspired by the playwright's two-week visit to Liberia as the country was starting to transition out of civil war. The trip and a related commissioned play were administered by the Guthrie Theater, under the auspices of the Bush Foundation. Workshops at the Guthrie, subsequent workshop at New York Theatre Workshop.

Anna Julia Cooper—the only woman quoted on the U.S. passport—was a genius writer, speaker, and educator. Born into North Carolinian slavery, by the turn into the twentieth century, she was principal of the renowned M Street School, an institution for African-American students in Washington, D.C. But Anna's tradition of encouraging students to work hard toward their vocational dreams, providing rigorous studies for those geared toward the university, is threatened when political powers begin insisting that all black education should be in the trades. Commissioned by Arena Stage and to be produced there in 2022.

TRICKLE
During the financial crisis, five women of various ethnicities and economic classes gradually discover that the trickle-down theory is most applicable to poverty. Commissioned by the theater department of the University of Maryland, Baltimore County. Professional premiere in Ensemble Studio Theatre's One-Act Marathon.

THE VENUS DE MILO IS ARMED
In a Southern city, an upper middle class African American family is jolted by the sudden appearance of landmines all over the country. Family members keep losing limbs in a nod to absurdism, and not. Commissioned by and world premiere at Alabama Shakespeare Festival.

WAKE UP LOU RISER
Four sisters, aged twelve to twenty-four, learn firsthand that arbitrary racial violence is alive and well in modern times when their teenage brother is lynched. The young women presume they know the culprit, and dress in black Klan robes to prepare their own eye-for-eye revenge. World premiere at Delaware Theatre Company as the winner of its Connections Contest.

Other plays included in numerous anthologies.